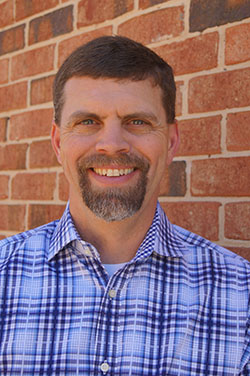 Dr. Lindsey was born and raised in Cordell Oklahoma. His passion for animals was noticed early from his 4-H animal projects, showing livestock and helping with the family cattle. Dr. Lindsey attended Oklahoma State University where he received his Bachelor of Science in Animal Science in 1991 and his Doctorate of Veterinary Medicine in 1995. Following graduation, Dr. Lindsey began his career in food animal medicine and cow/calf reproduction. After several years in large animal medicine, Dr. Lindsey was given an opportunity to work in small animal medicine, where he developed a passion for companion animals and assisting their owners in all aspects of a pet’s life. Dr. Lindsey moved to Frisco, Texas, 2000, where he started a family and practiced for 3 years. Dr. Lindsey established Blackstone Animal Hospital in October 2006, with his vision of providing the highest quality of veterinary care. Dr. Lindsey is married and has two sons Keaton and Devin. When he is not at work he enjoys golf, hanging out with his family, attending his boy’s baseball games, attending OSU sporting events, church and reading. 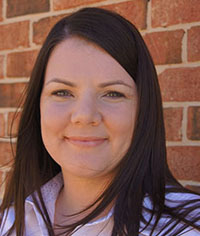 Jodi grew up on a farm in Saskatchewan, Canada, where her family raises Quarter Horses. She has spent the majority of her life around horses, showing them and teaching 4H.
Jodi joined Blackstone Animal Hospital in 2006. Jodi’s tenure at Blackstone Animal Hospital, along with her technical knowledge and experience makes her an important part of our staff. Jodi is TVMA Certified Veterinary Assistant.
Jodi and her husband, Todd, moved here in 2006, they have one daughter named Charlotte and 3 four legged children, Minnie (Pit-bull mix), Cricket (Calico), and Casper (Calico). When Jodi is not at Blackstone Animal Hospital she enjoys spending time with family, playing recreational softball and photography. 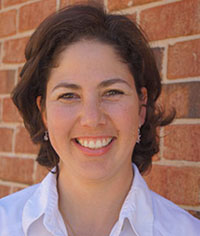 Daniela joined Blackstone Animal Hospital in September of 2011 as part of our tech team, where she worked a year and then had her son David. Daniela took a year off and rejoined Blackstone Animal Hospital, where she works part-time while pursuing a nursing degree.
Daniela is TVMA Certified Veterinary Assistant. She also received a Doctor in Veterinary Medicine in Venezuela in 2005. She has a professional passion for horses and cows.
Daniela is from Venezuela. She moved to the United States when she married her husband. Daniela and Alejandro have 3 lovely boys David, Daniel, and Adrian. She also has 2 dogs. 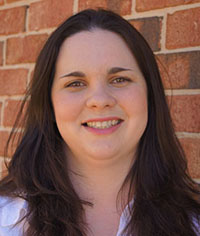 Kim joined Blackstone Animal Hospital in June 2013 as part of our tech team. She has been in the veterinary field since 2000, where she has enjoyed working with not only cats and dogs, but exotic pets as well.
Kim is a TVMA Certified Veterinary Assistant and holds an Associate Degree in Biology. Kim enjoys making a difference in an animal’s life everyday at Blackstone Animal Hospital.
Kim is married to William and they have 2 sweet girls Alexa and Katelyn. She also shares the house with a wonderful Chihuahua.

April joined Blackstone Animal Hospital February 2014 as part of our tech. team. She has been working in the veterinary field since 2009 after completing her veterinary tech degree.
Originally from Vermont, April and her husband Gordon moved to Oklahoma in December 2013. April has had pets all her life ranging from rabbits to horses.
April has a Chihuahua Sammie, Miniature Pinscher, Destiny, two cats Hercules and Bella and a horse Thunder (who is still in Vermont). 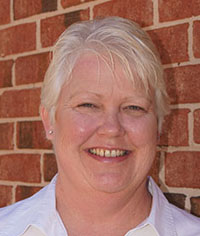 Staci joined Blackstone Animal Hospital September 2013 as part of our kennel staff. Staci’s background is in the corporate world; in 2012 she decided to follow her passion for animals.
With Staci’s experience at Blackstone Animal Hospital, you can find her helping in the kennel area, tech area and receptionist area.
Staci is married to Jeff. They live in Anna, Texas and share their house with their Shar-pei, Nestle and Terrier mix, Mollie. In Staci’s spare time she loves to read, cook and her Dallas Stars. Go Stars! 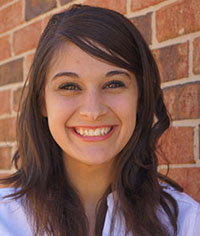 Jackie joined Blackstone Animal Hospital in September 2013 as a part of our kennel staff. She grew up in Tarkington Prairie, Texas (which is very difficult to find on a Texas map).
Jackie volunteered during high school at a veterinary clinic, while playing high school volley ball and running track. She attended Kingwood Lone Star College, where she studied Criminal Justice. She received her experience working for a veterinary office during and after college.
Jackie is married to Christoffer. They moved to the Dallas area where Jackie is fulfilling her passion of working with animals. They have 2 fuzzy children Autumn and Cupcake. 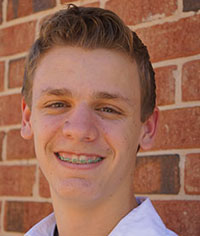 Nick Sarich is a junior at Wakeland High School.  He joined our staff in March 2013.  He plans on attending Texas A&M University, pursing a degree in Animal Science.  When Nick is not at Blackstone Animal Hospital, he enjoys tennis, and hanging out with friends.  “It’s a great pleasure to be working for Blackstone Animal Hospital, and to be gaining experience in the field I hope to pursue a career in is something I will always be grateful for.” 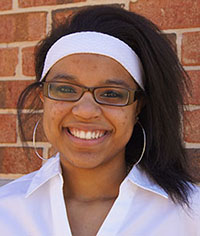 Breonna Burnham is a senior at Lone Star High School.  She joined our staff in June 2013.  She plans on attending Oklahoma State University, studying Animal Science and then purusing a Doctorate in Veterinary Medicine.  Breonna can’t remember not ever loving animals, they are truly her passion.  “When I come to work at Blackstone, I am doing what I love and I appreciate all of the lessons and new knowledge I have gained since working here.”  Go Pokes!!! 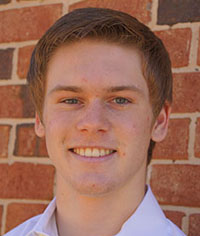 Kyle Van Kyke is a senior at Wakeland High School.  He joined our staff in July 2013.  He plans on attending Oklahoma State University, studying Graphic Design and Business.  When Kyle is not at Blackstone Animal Hospital, he enjoys working on art and playing tennis.  “I enjoy working at Blackstone because it gives me a chance to learn about animals and how a business works.” Go Pokes!!!

We are temporarily closed on Saturdays due to COVID-19 and will re-open when restrictions are cleared.